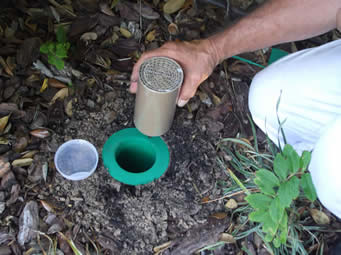 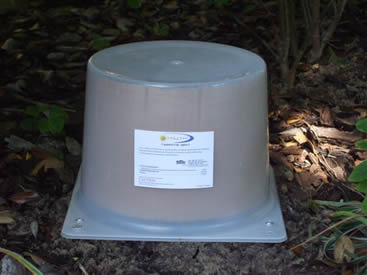 HomeGuard's new Termite Baiting System, that will be called Truth, is designed to work hand-in-hand with the company's Subterranean Termite Monitors that were launched earlier by HomeGuard or any in ground termite baiting station.

HomeGuard announced that the active ingredient for the new baiting system will be diflubenzuron at 0.25 percent.

At the same time, HomeGuard also announced that it will use the EPA registration for the company's new, large above-ground Termite Baiting System that will make use of approximately two pounds of bait matrix, containing diflubenzuron at 0.25 percent, to halt termite colonies. To view label click here

"We now have a unique, patented termite baiting system where the station is roughly the size of the ones currently on the market," stated HomeGuard President Glenn Gordon. "In addition, we have the separately patented above-ground system that pest control operators (PCOs) can use for a single bait application.

"Our large above-ground Termite Baiting System is the most economical way to control termite colonies, especially when you take into consideration labor costs," Gordon said.

While the HomeGuard Truth Termite Baiting System makes use of diflubenzuron as its active ingredient, that is where the similarity to other termite baiting systems on the market today ends.

The Truth baiting system's solid wall construction helps to prevent ants and other pests from entering while also insuring that roots won't work their way into the sides of the station.

HomeGuard's above-ground baiting stations will make use of the same system.

Looking at both the new below-ground baiting system and the new above-ground system, Gordon said, "Our systems will completely eliminate the problems that come with termite baiting and colony elimination.

"We will make it so there won't be a difficult choice for PCOs to switch over to our products," Gordon stated. "Our stations will be the most affordable and the most effective termite stations on the market, while also being the easiest to use.

"The HomeGuard Subterranean Termite Baiting System offers quicker termite hits and significantly more termites in the stations, which is the key to true colony elimination," he continued. "There isn't anything like these systems on the market today."

HomeGuard Distributors, which has the exclusive rights to this patented science, was founded in 2000. The company's main focus is on developing and producing highly effective products that are PCO friendly and available at affordable prices. The HomeGuard staff consists of some of the top minds in the pest control industry. HomeGuard Distributors can be reached at 1-727-595-3502 and homeguarddistributors.com.